A variable resistor is the most significant component found in many electrical devices for controlling the tone, bass as well as volume. This is due to the fact that resistors can be connected together with the other components to form filters for the desired level. They can also be used in computer monitors for color or positioning as well as dimming or switching lamps. This is achieved through digital to analog and analog to digital circuits; one additional advantage is that the knob can be turned instead of typing a value every time you want to change the tint or brightness.

A potentiometer is an ordinary variable resistor. It functions as a potential divider, which is used to generate a voltage signal depending on the location of the potentiometer. This is the signal that can be used for a very wide variety of applications including an amplifier gain control, measurement of the distance or angles, tuning of the circuits and much more. Whenever variable resistors are used to tune or calibrate a circuit or its application or trimmer potentiometers or trim potsare used, these are generally less rated potentiometers which are mounted on the circuit board and are adjustable by using a screwdriver.

Rheostats are much related to the potentiometers in terms of construction, but they are not used as a potential divider, instead, they are used as variable resistors. They can use only 2 terminals rather than 3 terminals’ potentiometers. One connection is connected at one end of the resistive element, the other is at the wiper of the variable resistor. In the ancient times, rheostats were used as the power control devices, which were connected in series with the load, just like a bulb. At present rheostats are not used as power controller any longer as it is an inefficient method. For the power control, rheostats are replaced in high-efficieny switching electronics. At preset variable resistors are wired as the rheostats, which are used in circuits to perform the tuning or calibration. 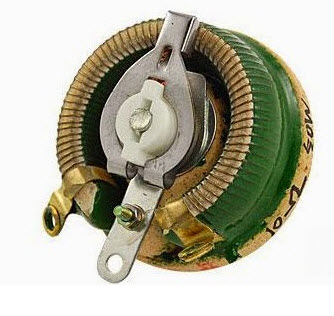 A digital variable resistor is a type of variable resistor that is used whenever the change of resistance is not performed by the mechanical movement, but by the electronic signals. They can also change resistance in discrete steps and are frequently controlled by the digital protocols such as I2C or by simple up and down signals. 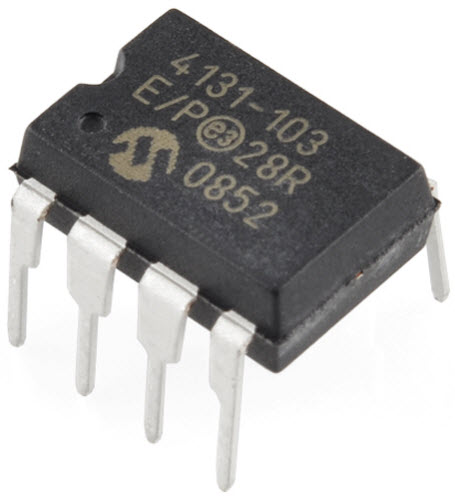 Presets are just like the small version of a variable resistor. They can be placed easily on a PCB and can also be adjustable when needed. The value of the resistance is normally adjusted with the help of a screwdriver. They are frequently used in applications that have adjustable frequency tone of the alarm or adjustable sensitivity circuits. These are the cheapest among the devices that are mentioned above. These are also highly specific presets that have multi-turn options. In this type of presets, the resistances are increased or decreased gradually and therefore the screw has to be rotated the numberof times. 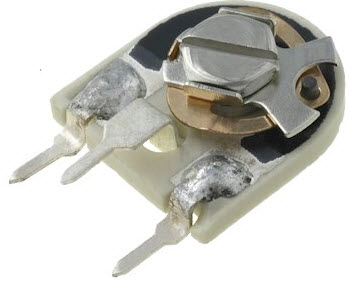 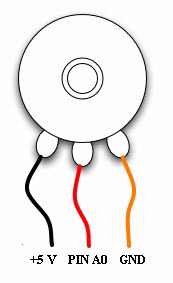 In this case, all three terminals are in use. Sometimes, in electronics circuit, there may be a requirement of adaptable resistance, but this modification is required only once or very often. This is done by connecting preset resistors in the circuit. The preset resistor is one kind of variable resistor whose electrical resistance value can be adjusted by adjusting an adjustable screw attached to it.

As shown in the figure below, a variable resistor consists of a track that provides the resistance path. The two terminals of the machine are connected to both the ends of the track. The third terminal is associated to a wiper that decides the movement of the track. The motion of the wiper throughout the track helps in increasing and decreasing the resistance.

The track is generally made of a mixture of ceramic and metal or can be made of the carbon as well. As the resistive material is required, a carbon film type of variable resistors is generally used. They find applications in the radio receiver circuits, audio amplifier circuits, and TV receivers. The rotary track resistor has two applications: one is to modify the resistance and the other – the switch method – which is is used for the electric contact and non-contact by the on/off operation of the switch. There is a switch method in which variable resistors with the annular cross-section are used for controlling the equipment. The track made in a straight path is called a slider. As the position of the slider cannot be seen or confirmed according to the modification of resistance, a stopping mechanism is generally integrated to prevent the hazards caused due to over rotation.

Variable Resistors can be found in

Thus, this is all about types of variable resistors, it’s working, and applications. We hope that you have got a better understanding of this information. Furthermore, any queries regarding this concept or electrical and electronics projects, please give your valuable suggestions by commenting in the comment section below. Here is a question for you, what is the function of variable resistor?