This coupler is often used for small cassette recorders, battery/mains operated radios, battery chargers, some full-size audio-visual equipment, laptop computer power supplies, video game consoles, and similar double-insulated appliances. A C8B inlet type is defined by the standard, for use by dual-voltage appliances; it has three pins and can hold a C7 connector in either of two positions, allowing the user to select voltage by choosing the position the connector is inserted.

A power cord, line cord, or mains cable is a cable that connects an appliance to the mains electricity supply via a wall socket or extension cord.  2-prong plug and socket design, with two flat parallel non-coplanar blades and slots, is used in most of North America for consumer electronics such as clocks, radios, and battery chargers; and other double-insulated small appliances.

Voltage Rating/capacity: up to 400v

Current Rating/capacity: up to 3A 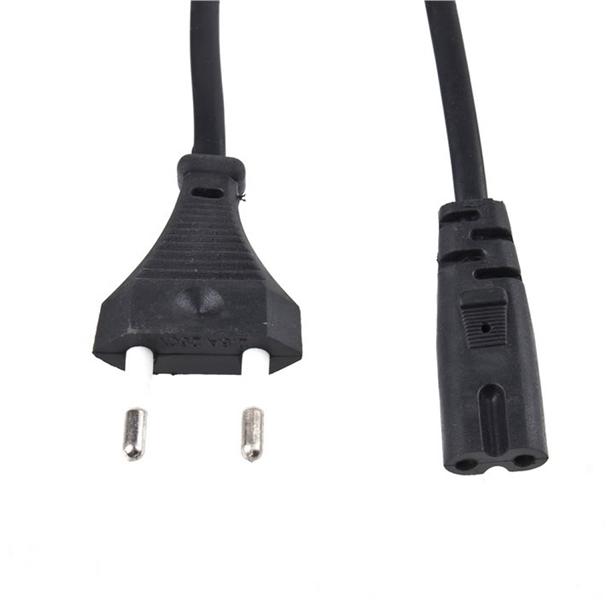